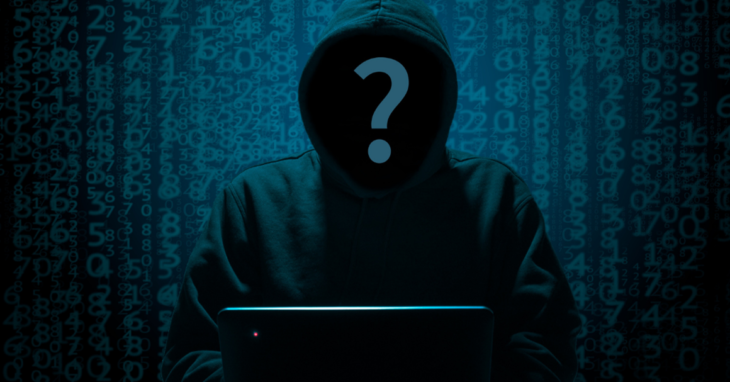 In our last few blog posts, we’ve talked a lot about staying safe online. But we realised that one thing we didn’t really cover is exactly who we are staying safe from. So for our first post for the New Year, we have decided to discuss the people we are trying to protect ourselves from and why. In doing this, we hope that you can gain a bit more of an understanding of just how serious topic is and why is currently such a hot topic in the news.

So I guess the first thing you’re wondering is who are we protecting ourselves from?
Well to answer your question, we’ve been giving you strategies to protect yourselves and your company or organisation from people known as computer hackers.

Computer hackers generally engage in hacking activities, hence the name. These activities, otherwise known as hacking, is to modify or alter a computer’s software and/or hardware to accomplish a goal that is often considered to be outside of what the original creator’s desire or purpose1. Although every hacker is different, most possess advanced understanding and knowledge of computer and technology1. More often than not the typical hacker will have an area of specialisation or expertise, whether that be in a particular computer software program or programming computers1.

Hacking is made possible, as computer systems are constantly being upgraded, making them more and more complex. Meaning that there is more likely to be a flaw in the computer system that can be exploited, leaving the system vulnerable2. Although most computer systems in the world fall into the fairly secure, or very secure categories, there are still many individuals and organisations that continue to run out-of-date computer software2. By running outdated software, such as Microsoft’s Windows XP, (which is over 10 years old, and is full of security flaws if still in the original condition, as it can no longer be updated), hackers can easily target these systems, just with a few clicks of a button2.

Often hackers will begin their ‘hacking’ career by breaking into websites so that they can vandalise them2. This is now seen as the lowest form of hacking, but as the hacker continues to do it, they realise their skill set and that it could lead to an influx of money, which is where the trouble begins2. As many will then begin stealing credit card details, and using them to buy goods or will create malware that others will pay for2. The malware created could include programs that take over a computer quietly, or divert the web browser so that the user is sent to another site, which is often laced with commercial spam or viruses2. It is these ‘commercial’ hackers that threaten your security. Although police and security forces try to be aware of these individuals, it can be very difficult, as these types of hackers are very good at hiding.

I would guess now that we have bombarded you with information on who threat is, you’re wondering how they can really be a threat? Well let me tell you…

When it comes to computer hacking there is no clear cut line when it comes to the law. Although it is difficult to define, in every form, computer hacking will always involve some infringement of privacy of others and/or the destruction of computer property, like webpages, computer software or personal files1. Due to this the impact computer hacking can have on either you or your company varies significantly, it can either be a small and simple, invasive action, or it can be a full blown illegal removal of confidential or personal information1.

Hackers are continuously coming up with new and creative ways to extract both confidential and personal information. So we’ve decided to also discuss some the effects computer hacking can have on you, your organisation or even your government.

Identity Theft:
One goal many hackers strive for is gaining access to sensitive or personal information, such as credit card details, driver’s license, passwords etc. If a hacker gets a hold of information such as this, you can be at risk of identity theft, which can leave significant damages to your reputation and credit ratings3. Identity theft can also cause damages that aren’t repairable, such as criminal activity. Often the individual who has stolen the identity, will have committed a crime as ‘you’, which puts you in a difficult situation3. Hence, why it is so important to follow our strategies on staying safe online, because if someone gains enough information to steal your identity the damage cost is extremely high.

Email Access:
Another issue that hackers can cause is with your emails. Computer hackers can easily access personal email accounts, giving them access to a range of information, including private and sensitive data, which individuals may regard as important3. If a hacker obtains access to this information, not only could they use that data against you, but you and those involved in the data could all be involved in a breach of privacy3. Hence, why it is so important to ensure you have a secure email account, and don’t open attachments or emails from unknown sources.

Website Security:
Websites are popular victims of computer hackers. More often than not hackers will destroy the data found on the webpages and leave the website in a completely unworkable condition3. This can cause issues for individuals and companies who didn’t have their website backed up elsewhere, as they are then required to build it again, starting from scratch3. Issues also arise if customer payment information was hosted and stored on their website, as it leaves consumers vulnerable, as the hacker could have easily accessed those details, and use them in the ways discussed above.

Political Statements:
Another goal that some hackers strive to achieve, is to weaken the government and their system within a particular country. Hackers do this by breaking into the government computer system, proving to the nation as a whole, how vulnerable and weak that government is3. Although an event like this leads governments to implement stronger security and computer systems, hacking the government system is illegal3 (in most countries). Those that are caught or captured after creating such havoc are punished, as they have had unauthorised access to a large amount of data, that would contain highly sensitive and confidential information.

Worms:
Finally, hackers use worms to exploit computer systems, which cause the user many troublesome issues. “Worms are nasty pieces of malicious code that are designed to find vulnerabilities in computer systems and exploit them with automated processing3”. Once these worms find their way into a computer system they either destroy all of the data, collect sensitive information or wait until the hacker gives them a command to carry out a particular action3. The biggest threat that these worms cause, isn’t just that the worm replicates, infecting multiple systems, but that worms show hackers that the computer system is now open, meaning that hackers can easily gain access to the computer system, making it unoperable3. This would not only mean you could no longer work from your computer but that all the data stored, is likely to be corrupted or gone.

So there you go. You now know why and who you need to be protecting yourself from. But before you freak out that your computer system isn’t secure and every hacker is going to find you, we want to inform you that not every hacker is out to get you.
There are actually people who are known as ethical hackers. These hackers, (although often ex-malicious hackers), use their extensive knowledge and skills in computer systems and software, to improve specific vulnerabilities computer systems, hardware and software have3. Most commonly these hackers will either be employed directly by the company to prevent any cyber damage from occurring, or by software designers, where they will design software to protect and prevent these type of attacks (as mentioned above) from occurring to millions of people around the world3. In either role the hacker will be paid significantly, as their service is extremely sought after and useful in preventing large scale damages and losses that could seriously hurt a specific company.
Well there you go. You now not only know how to protect yourself but why you need to as well!

OUR SOLUTIONS: MICROSOFT AZURE AND OFFICE 365